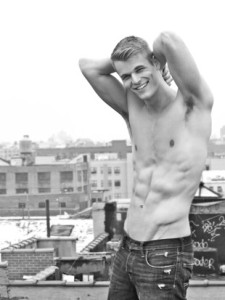 We did it. We found him. We got our cowboy! Meet Jamison, who comes to us via Aston Models. This Friday, photographer Cathryn Farnsworth and I will shoot him here in Los Angeles for the cover of DANCE OF DESIRE, the novella I’ll release in February of next year as part of the 1,001 Dark Nights series. Then, in April 2016, Jamison will join me at the Romantic Times Booklovers Convention in Las Vegas where he’ll appear with me at several events, including the 1,001 DARK NIGHTS SPARKLER!

So what do you think? Would you like Jamison to ride up on horseback and carry you off into the sunset? Truth is, he might block out the sunset because he’s tall, folks. Very, very tall. And charming and handsome and everything a good cover model should be. Make that everything a good cowboy should be. And in case you’re wondering, here’s a short teaser from DANCE OF DESIRE that describes Caleb, the novella’s horseback riding hero.

“Amber hasn’t laid eyes on him in four years and even though she wouldn’t have thought it possible, during that time Caleb has somehow grown taller and broader. He still walks with a casual, confident gait she’d be able to spot across a crowded arena, like he knows his sheer size is a better indication of his strength than any menacing pose could ever be. His Stetson’s the right size now, unlike the ones he used to wear as a kid, and the brim shades the hard, etched features of a fully grown man, a man with a voice so deep it sounds like it’s coming from some otherworldly place where he rules as king.”

We met with an amazing group of charming, handsome  and talented men, many of whom I hope to work with on covers in the future. But for now, please join me in congratulating Jamison, and welcoming him to the world of romance cover models!