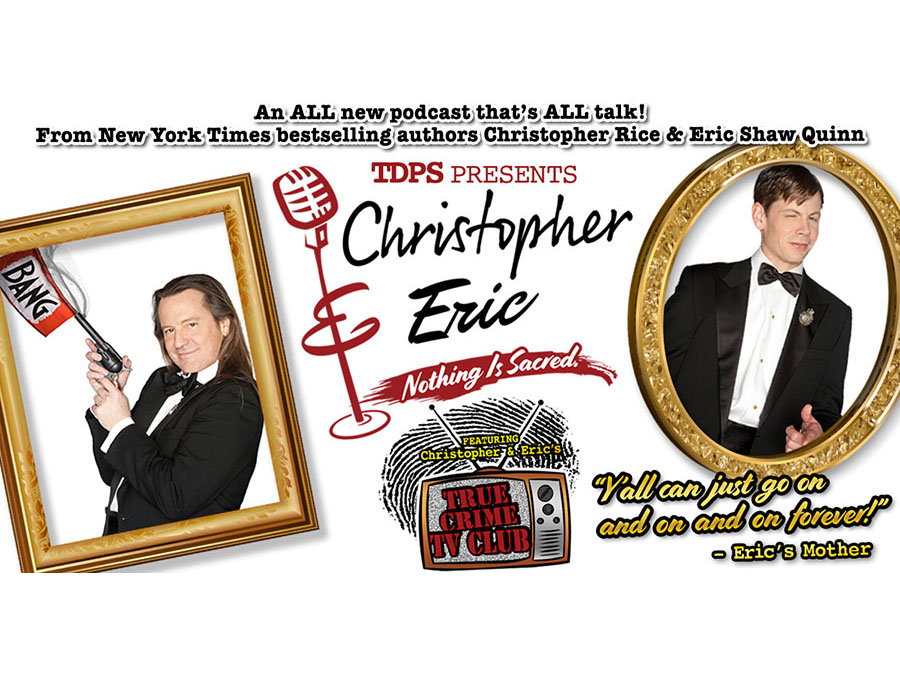 New York Times bestselling novelists Christopher Rice (The Burning Girl Series) and Eric Shaw Quinn (The Write Murder Mysteries) return to their studio on West Hollywood’s Sunset Strip for an all new podcast that’s all talk. Join them for their trademark blend of humor, irreverence and passionate opinion as they dish on everything from the adventure of bringing Anne Rice’s The Vampire Chronicles to television to some of the most popular true crime TV shows of the moment in their recurring, special feature “Christopher & Eric’s True Crime TV Club”. (A production of TDPS, the same network that brought you the comedy/variety and celebrity interview filled fun of The Dinner Party Show.)

Listen on your favorite podcast service or at Christopher & Eric on TheDinnerPartyShow.com.